COACH MICHAEL MCCARTHY (OWNER)
Coach McCarthy has a unique perspective of the QB position from playing the game at a professional level, coaching the position at the collegiate level, and receiving a Bachelor of Science in Physical Education. Combining these avenues has allowed him to formulate a unique holistic approach to teaching & training the Quarterback position. This approach has proven success from his athletes at the collegiate, high school, and youth levels and his academy has continued to evolve each year. Coach McCarthy has helped develop some of the top Quarterbacks in the region, and trains nationally throughout the Country as well. In 2022, Coach McCarthy began coaching the Under Armour Camp Circuit, which works closely with the top quarterback prospects in the nation.
​
Coaching Experience and Resume
Individual Quarterback Coach (2012-present): ​CoachUp Individual Skills Trainer (2015-2019): Bridgewater State University Quarterbacks Coach/ Pass Game Coordinator (2014- 2018): ​Geneva Seahawks, Switzerland (2015): Playing Experience
Professional Football (2015-2017): College Football (2010-2014):  High School Football (2005-2009): 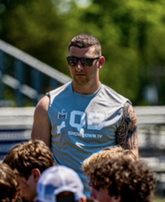 COACH STEFANO D'EMILIA
Coaching Experience
M2 QB ACADEMY Coach (2018- Present):
Steve has worked with M2 QB Academy since 2018, and has helped develop some of the top youth, high school, and college quarterbacks in the New England area. Steve specializes in quarterback mechanics, footwork, and how to properly develop year over year. Steve instills great leadership skills into the quarterbacks he works with and his passion and dedication to the position and the athletes in New England make him one of the best Quarterback developers in New England.

Playing Experience
Bridgewater State University Starting Quarterback (2017-2019):  D'Emilia finished his career as the Bears' all-time leader in completions (490), pass attempts (879) and completion percentage (.557). He is also second all-time in program history in passing yards (5,945) and passing touchdowns (52)….D'Emilia finished the 2019 season with a .601 completion percentage as he broke his own single-season record set last year (.600). D'emilia was a D2/D3 Golden Helmet recipient as well the MVP of the 41st annual Cranberry Bowl. He was elected a 2 time team captain, one of only a select few to be a multi-year captain at Bridgewater State. Prior to Bridgewater State, Steve was a standout quarterback for Bridgewater- Raynham High School.

​COACH ALEX MCLAUGHLIN
Coaching Experience
M2 QB ACADEMY Coach (2019 - Present):
Alex has helped mentor hundreds of Quarterbacks within the M2 program. Alex specializes in the mental aspect of the position and does a phenomenal job creating drills that help quarterbacks understand how process plays post snap and recognizes coverages. Alex relates to his players very well and is an excellent coach and mentor.

Bridgewater State University QB Coach and Pass Game Coordinator (2020-2022):
Alex McLaughlin joined the Bridgewater State football coaching staff prior to the 2020 season and served as the quarterbacks coach. McLaughlin is a 2018 graduate of BSU where he earned a Bachelor of Science degree in Physical Education.

​Playing Experience
Alex played four seasons on the gridiron for the Bears from 2014 to 2017. In 39 career games at Quarterback and running back, he rushed for 3,333 yards and 37 touchdowns and tallied 226 points. Alex is third all-time in program history in both rushing yards and attempts (652). He is also tied for fourth in rushing touchdowns and ranks eighth in scoring. As a junior in 2016, McLaughlin was named as a first team selection on the Massachusetts State Collegiate Athletic Conference (MASCAC) All-Conference Team. He was also named to the MASCAC All-Sportsmanship Team as a senior in 2017. 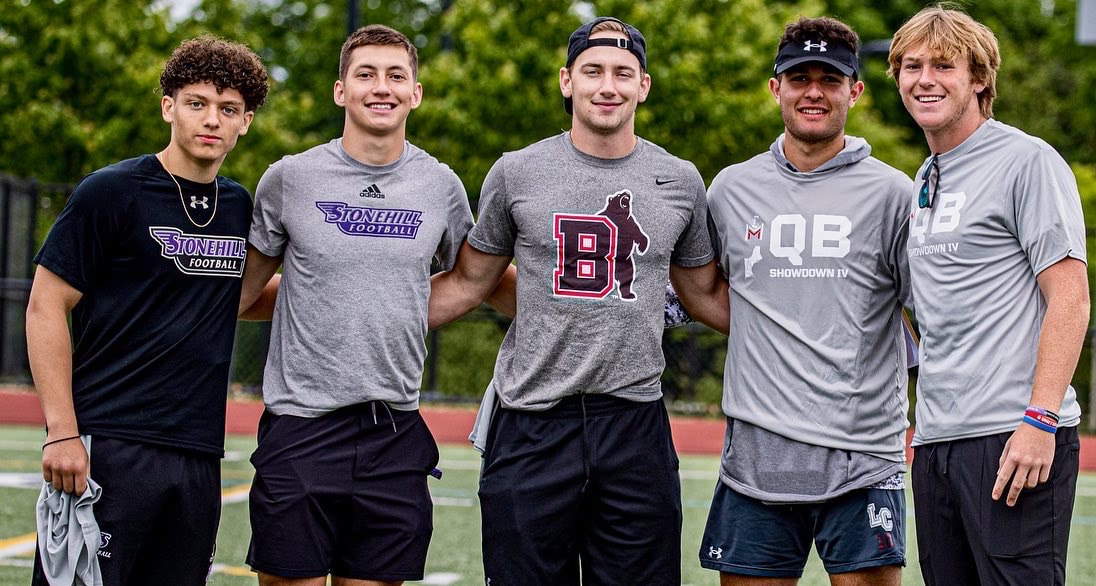